This is a 10 year old release from the Caol Ila distillery. Distilled in 2008, matured in a bourbon cask and bottled at 52.8% Abv, it comes as part of a collaboration between the bottler Spirit Shop in Taiwan and Sansibar from Germany.

Islay’s largest distillery with a yearly output of 6.4 million litres of whisky per year, Caol Ila is a beloved brand currently owned by Diageo. Originally founded in 1846 and then purchased by Diageo in 1927, it was entirely demolished in 1972 before being rebuilt with a fresh set of 6 stills. Producing a medium peated whisky, a large portion of the output from Caol Ila contributes to Diageo’s flagship blend, Jonnie Walker. The first core product from CL was a 12 year old single malt released in 2002, ever since bottling the brand has established itself as a top tier single malt for whisky lovers. Mixing malt, fruit and smoke in harmony, Caol Ila is a common sight from independent bottlers as the high volume of whisky produced allows for numerous casks to reach the open market.

Founded in 2014 by Eric Huang, Spirits Shop Selection is a Taiwanese independent bottler. Huang is Taiwan’s premier whisky expert and has amassed a stunning portfolio of casks and is known throughout the world as Mr Karuizawa, since he stores the world’s remaining stock of the now closed Japanese distillery. Representing the SMWS in Taiwan as well as being a resident host at Whisky Live Taiwan, his eye for top quality whisky cannot be understated. His aim was to build a relationship between the East and West through the sharing of the world’s best spirits. Spirit Shop imports stunning single cask whisky and rum to Taiwan, as well as working with German bottler Sansibar to create their own label. Often incorporating elegant Asian inspired labels, they have recently started a number of new lines utilizing casks they have sourced themselves,

Founded in Germany by renowned whisky collector Jens Drewitz, Sansibar Whisky has been supplying the Sansibar restaurant with many fine casks of both whisky and rum for years. Located on the Sylt island just between Germany and Denmark, the restaurant has become a hot retreat for those looking to experience the very best in food, wine and spirits. Jens hand picks almost every cask selected, often directly at the distilleries themselves, before bottling them under the Sansibar brand. Often collaborating with bottlers/importers across the globe, Drewitz has picked some of the worlds finest single casks of whisky and some of the rarest rums money can buy. Sansibar also acts as the importer and distributor of other bottling labels to Germany such as North star and Hidden Spirits. 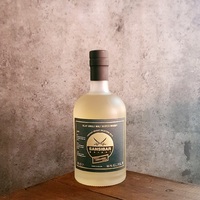 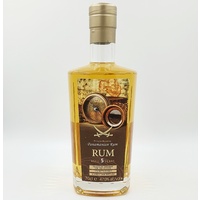 This online store is part of Casa de Vinos Pty. Ltd, Liq License Number 31960790. Casa de Vinos Supports the responsible service of alcohol. Warning Under the Liquor Control Reform Act 1998 it is an offence To supply alcohol to a person under the age of 18 years [Penalty Exceeds $6000] For a person under the age of 18 to purchase or receive liquor [ Penalty exceeds $500]